Engineer Manfredi is the leader of the Partisans.He too, like Francesco, has a double life until he is discovered by the Germans. He is the hero of this story willing to die in order not to betray his companions. But his capture and his death will be due to a betrayal.

Manfredi known as the engineer is a member of the National Liberation Committee. Until the end, it is not clear if he, in reality, is an engineer or not …. It could be a merchant instead … so the pseudonym of “engineer” has a meaning … it is he who with his work will help build a new world. Anyway, the partisan Manfredi is very different from the partisan Olmo. He is not a member of the working class but of the bourgeoisie: a man who has studied and therefore certainly belonging to a wealthy family. Despite this, it does not hold back in the struggle for the liberation of the Nation from the Nazi invaders. With this character, Rossellini shows to the Italians as the Partisans were not only members of the working class but among them there were also those belonging to the upper classes, willing to put their lives at risk in the struggle for freedom. 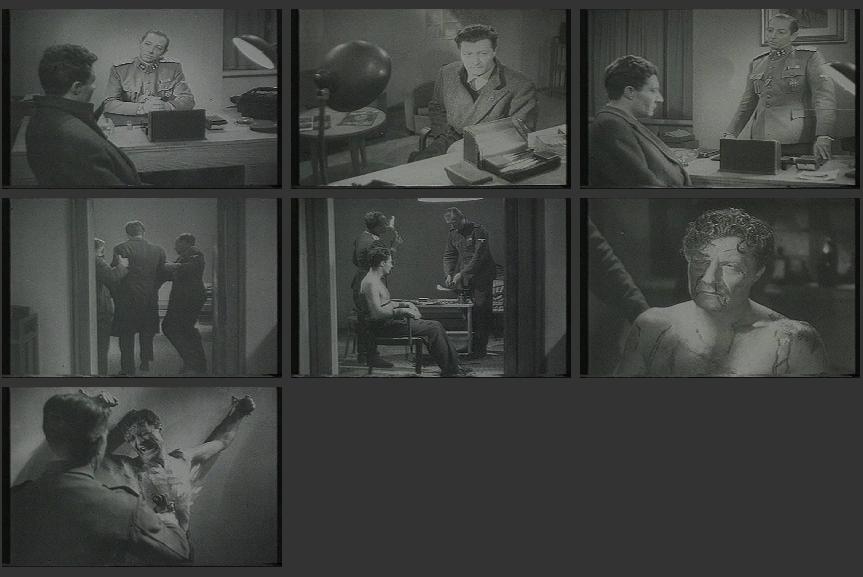 Captured by the Nazis because of the betrayal of his girlfriend, Manfred does not give in to the temptation to collaborate with the enemy to save his life.

Bergman, Commander-in-Chief of the occupation troops, offers him immunity and a  position in the new Italy under the  Nazi flags. In return, he only has to provide him with the names of the Partisan leaders who fight hidden around Rome.
Manfredi instead prefers to face torture and death rather than betray his companions.

A particular not accidental is that his torture is shown to Don Pietro that in front of the body of Manfredi, that seems like crucified, kneels in prayer … also in this case, the analogy with the Christianity is not casual .. Manfredi is shown as one who dies for the salvation of men …..